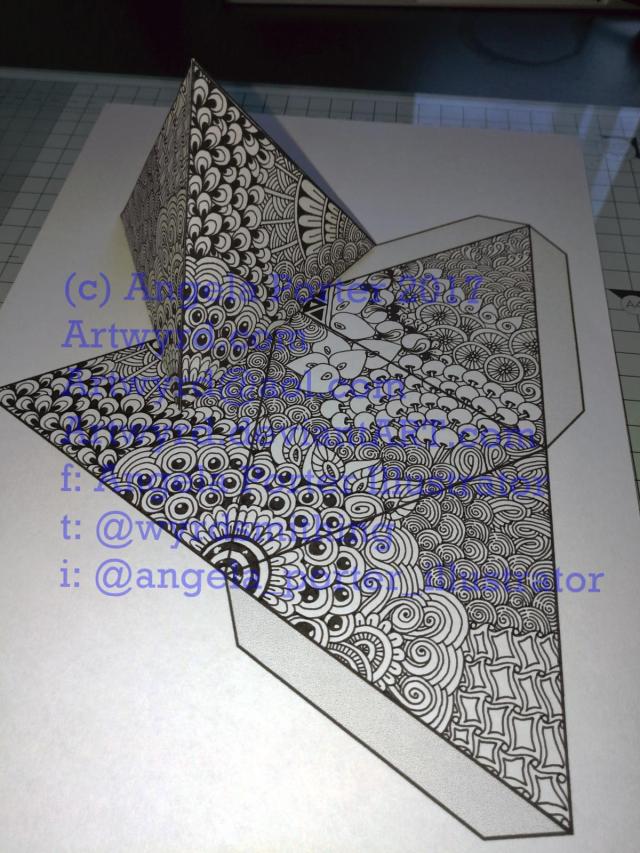 I’ve had an idea rattling around the old brainbox for a while – to use 3D nets and entangle them to form a 3D entangled drawing.

Ok, the patterns don’t wrap around all of the edges, however, on all but one the patterns kind of match up even though they’re not the same.

I’ve not coloured or added shading to the drawing (which I scanned and printed out so I could keep the original for future use) as I just wanted to see if it was something that would work.

I think it does work.  I suspect my yuletide decorations may be made from such things, with plenty of sparkle and glimmer!  Not to mention the more spooky ones for Hallowe’en…

Fancy having some to colour and construct?  Let me know!